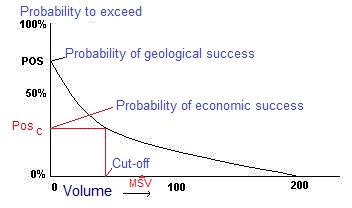 The POS is the Probability Of Success, here about 70%. Conversely, there is a 100 - 70 = 30% chance to find nothing. (Note: the POS is called "COS" or "Chance of Success" by some.) The curve shows about 20% chance to exceed 100 but that a volume of more than 200 is thought to be impossible. But note that the probability of success is a "geological" one which may not realistic in economic terms as the POS depends on your definition of success. See MSV. for a POS after economic cutoff.

Although the above graph shows the whole uncertainty about a prospect, in practice the so-called "unrisked expectation curve" is mainly used. The curve shows the distribution of possible outcomes that exceed the cut-off economic volume. The curve starts at 100% probability on the left axis. The volume in a discovery already made would have a similar curve. From this curve the percentiles are extracted for reporting: the P90, P50 and P10, and for an economic cashflow analysis. At a later stage in the decision making the POSc is taken into account, to include the complete uncertainty. 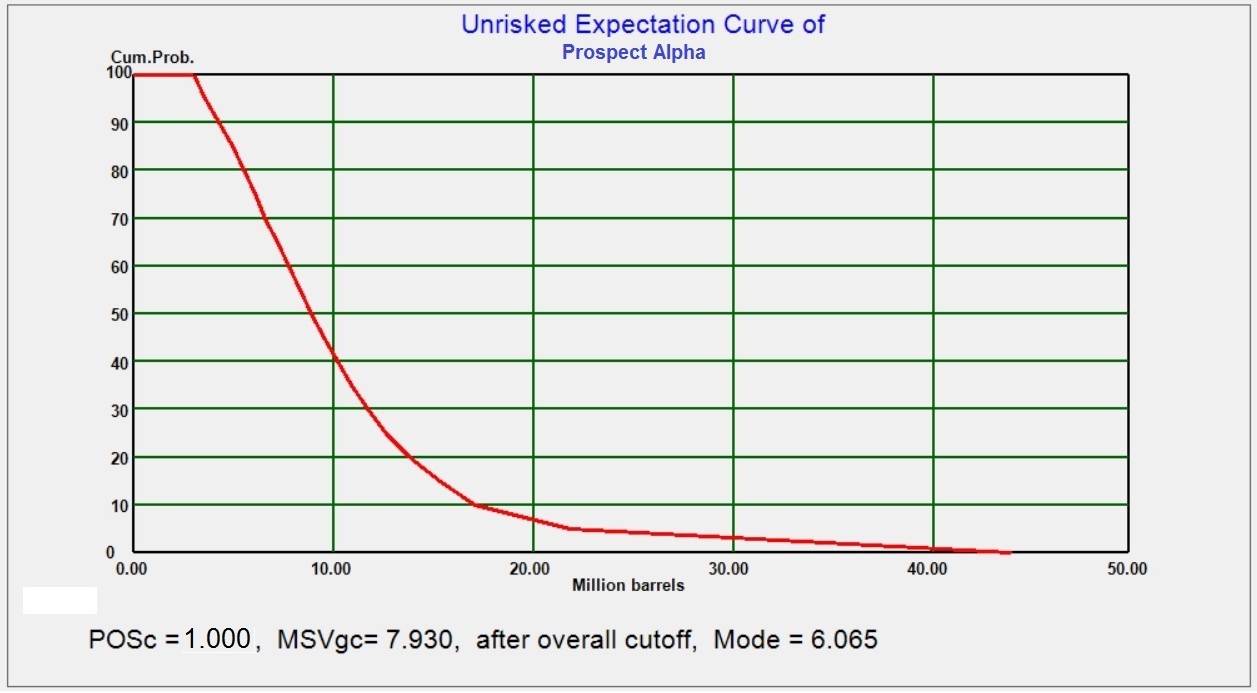